Every single beer on that shelf I can identify is industrial weak piss... Except for top shelf, second from right, that MAY be Spaten, not very good but not super industrial either. 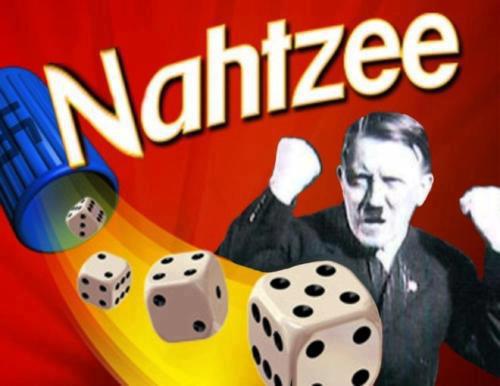 Ah, good old German efficiency. Now the death and cremation is one step!

I feel a little bit bad for making a Holocaust joke.

The opinions reflected in the above poast do not matter. The poaster in question is, in fact, a pubbie sperglord dirty wanker who is currently using his time away from EVE to vigorously pump at the shaft of his *squee* until *squee* comes shooting out all over ______________'s face.

If you kill that many people and still fail to wipe them out, you are fucking retarded.....

I say we try again but with Chinese this time....

Why is this not already a criminal offense?

That is kinda.... disturbing and I did not know that it wasn't banned by law.

Reading up on the German wiki article on it it appears though that it is only forbidden by law in England, Wales, Northern Ireland and Switzerland.... So the majority of the EU thinks it is somewhat legal if morally deplorable, doesn't that make you the odd people out and not conform with the main morality of the masses which is sometimes described as being insane?

OH GOD THAT SOUNDS SO WRONG!

Still, there are some interesting arguments about how social morality should not be enforced by laws (quite a bit broader argument than the zoophilia discussion)

So to summarize, in The Fatherland, Video Games = No, Beastiality = Yes?

So to summarize, in The Fatherland, Video Games = No, Beastiality = Yes?

Hitler didn't do bestiality, but he did do violence, so bestiality can't create new Hitlers.

Hey, American kids are still taught that they should feel ashamed about the American Indian tribes, and that was way the fuck longer ago than the Holocaust, oh and Slavery, we're supposed to still feel bad about that one too. You literally cannot take an American literature course in this country without having to discuss how our Grandfathers were such bad people because they slaughtered helpless Indians and raped their land, or how our founding fathers were hypocrites when they talked about liberty and all men being created equal because almost all of them were slave owners.

Also we're forced to pay for plenty of shit we don't want, they just hand it out as subsidies, so in reality we don't even get the content we don't want, we just have to pay people to not produce goods/services.

As for invasions, The Fatherland should just do what the US does, call it a "military operation" instead of a war, then go bomb half the middle east with drones and invade two countries. It's written into our founding documents (in no unclear terms) that we can't fight a war of aggression but that's not an issue since legally we haven't fought a war since 1945.

Let's all move to Scandinavia. Or Russia, where good old honest dictatorship and bribery still is alive.

Don't move here. We don't like foreigners. And we pay a lot of taxes, pay for TV we don't watch, censor the internet (including some parts of youtube) etc. Yäk, we're pretty much as fucked as you Germans are.

I was talking about true Scandinavia, not it's Southernmost infected and black appendix...

I was talking about true Scandinavia, not it's Southernmost infected and black appendix...

They are even worse. Food is hilariously expensive up there too.

Back to Public Discussion