[The Altruist] Thoughts on the Eve UI


No replies to this topic

Secretly in love with Yakumo

Coming back to Eve after a relatively long time felt weird. I realise that the eighteen or so months that I spent away from the game isn't really that long in Eve terms, but with close to no contact with the game during that time it certainly felt like enough.

Rather than re-subbing straight away, I decided to start a new trial account while I figured out just how this whole internet spaceship thing was supposed to work again. I rolled Minmatar, obviously - their ships might be a little underwhelming right now, but they're still the one true master race of Eve.

The first challenge that I had to overcome was the user interface. The Eve UI is something that even veterans like to complain about, but coming back to it with a fresh pair of eyes really drove the point home. 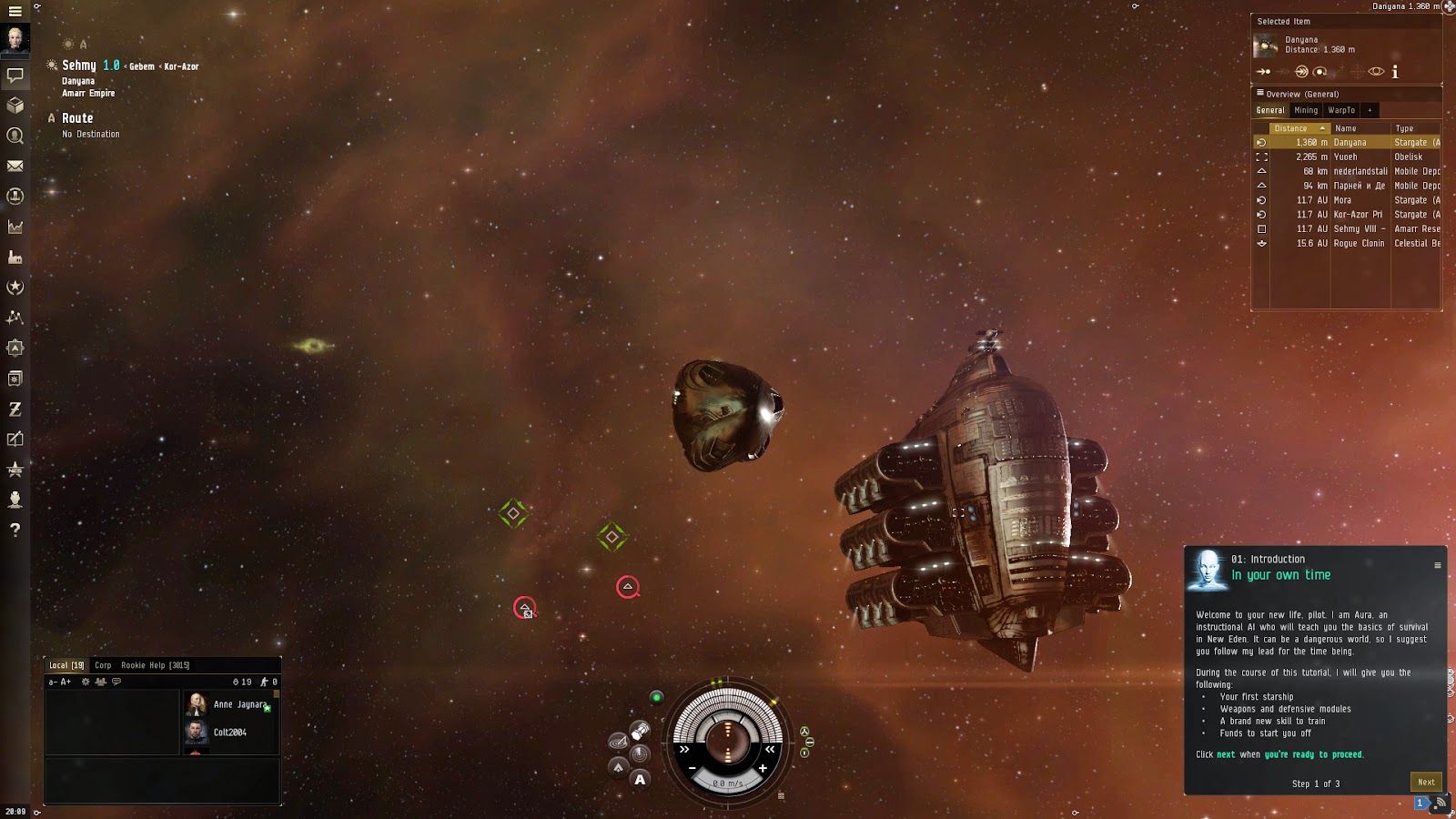 The default UI layout on a fresh account
To give credit where it is due, it's clear that a substantial amount of work has gone into improving the UI over the years. Many of the individual elements are significantly more usable than they have been in times past and the recent visual upgrades, while subtle, certainly go some way towards modernising the experience. One change that I like in particular is that the default settings on a new account now broadly resemble something that an actual player might choose to have enabled. This is a considerable step up from the new player experience that I remember; gone are the ridiculous overview presets that include every possible piece of space debris, along with some default-on options such as the notorious 'auto target back' which served no real purpose other than getting newbies unnecessarily killed!

The main criticism that I have of the UI though - the thing that really struck home the moment I found myself back in space - isn't that it it doesn't look appealing or that any particular window doesn't function as effectively as I'd like. Those are problems that CCP clearly has a handle on and slowly but surely they are being addressed. The real problem that I have is that the overall experience of flying around and doing stuff just feels kind of awkward.

I feel like I'm doing a lot of unnecessary mouse movement, and while moving windows around and setting keyboard shortcuts goes some way to solve that, I still feel like I can't quite come up with an arrangement that works comfortably. Admittedly some of this probably comes from a combination of old habits and more recent familiarity with other systems, but it certainly feels like it'll take some getting used to.

For example it would be fantastic if, having selected a target, I could issue commands such as orbit or keep at range simply using the designated keyboard shortcuts instead of having to go back to the selected item window or use one of the various context menus. This would not only make controlling my ship easier, but it would also leave my mouse free to handle other essential actions like like camera control and spamming on that directional scanner. Unfortunately while module keybinds do work that way, movement keybinds don't - instead I have to hold down the key and manually click my target again, which negates most of the advantage that a keyboard shortcut was supposed to provide in the first place.

Overall, Eve's UI gives the impression (quite accurately) of a system that has been designed and iterated upon piece by piece rather than one that has been designed from the ground up with a clear user experience in mind. While it does the job well enough and I'm quite sure I'll get accustomed to it again in short order, it certainly feels a little jarring when compared to many of the other UI experiences out there.

Incidentally, I've noticed that the tutorial now seems to direct new players towards the radial menu as the primary method of control. This was a new addition shortly before my hiatus began and at first glance it does offer some advantages, particularly in that it allows you to adjust orbit and keep at range distances on the fly simply by dragging. My apprehension here is that issuing commands using the radial menu feels slower and requires a moderate level of mouse precision, both of which feel like deal breakers when trying to use it under any kind of pressure. I'd be very interested to hear from anyone who actually uses the radial menu, particularly in PVP.

Back to The Altruist